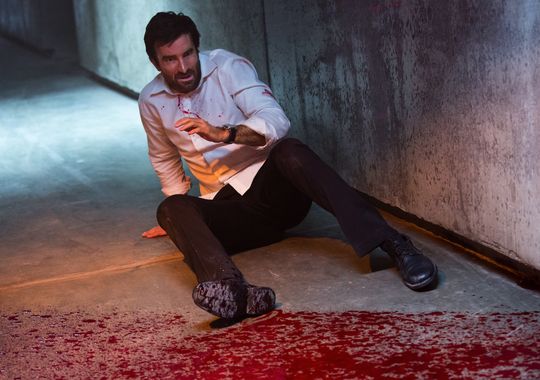 The pilot for Powers is an immaculate, paint-by-numbers, antihero, melodrama. Being a fan of Bendis for a better part of my life, it has been exciting to know one of his creator owned property will be officially adapted. However, I am not sure this is the adaptation I’ve been waiting for.
First of all, the production design is a little too sterile looking. Even when the scene takes place in an abandoned and tagged warehouse, everything looks like it has been neatly decorated. There’s another scene which takes place at a squatter house which could easily be mistaken for a million dollar nightclub. This set design is accompanied by the overdone CGI of the powers scenes. However, the CGI clearly lacks the same budget and the production quality of Agents of SHIELD. Thus, they should have focused more on practical effects. Although Arrow reshoots its action sequences in the same warehouse district countless times, it still adds to the grounded realism which Powers so far lacks.
The acting is very well done by the entire cast. However, the dialogue and plot don’t compliment the acting. The lines are often mediocre that the well acted lines come off sounding melodramatic, which sadly distracts from the scene. The clearest example is when we meet Eddie Izzard’s Wolf character. Thankfully, Susan Heyward’s ability to shoot wit and sarcasm out of Deena Pilgrim’s mouth keeps the dialogue entertaining.
The plot itself is the same one we have all seen in any antihero cop show. This is completed with the hungover and half naked protagonist contemplating his inner demons while staring out the window. However, this time not only do we get the loss of a partner trope, but also we get the loss of superpowers. In fact, the writers just keep merrily skipping through each noir trope without skipping a beat. Yet, when we peel back that nonsense, we’re left with a plot which focuses on a protagonist, Christian Walker, who is suffering through identity loss and suicidal depression. That could be interesting when flavored with superpowers.
In the comicbook world, the reason why the subgenre which comprise of comics like Powers, Wanted, SEX, Kick Ass and many others is because their subject matter often deals with issues not commonly discussed in the superhero genre. With the proliferation of the Superhero genre in movies and tv, it seemed like a good time for Powers to come out. However, the only original aspect of this show is Walker gets his powers taken away, yet that is a very small part of this show.
Nevertheless, I am only referring to the freely available pilot. It could very well evolve and progress further with the characters and the story. But, there are already other superhero shows which are more widely available which have a firmer grasp on the superhero niche. So far, the only ones who will seek out Powers are comic geeks, like yours truly, or PS fanboys. Otherwise, it’s hard to see why one who only knows about superheros through Agents or Arrow to seek this title out. 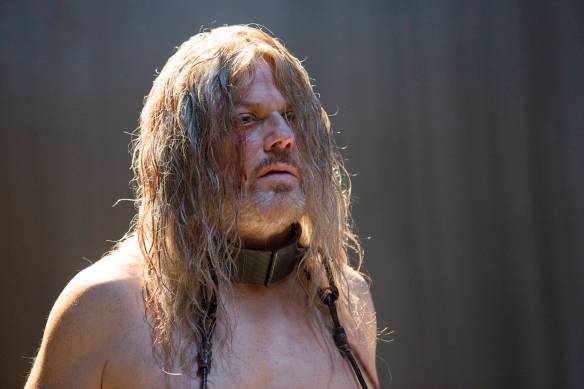 This week, we talk about Deadly Class, Spider-Man, Game of Thrones, Neighbors, Only Lovers Left Alive, Powers, Sunset Overdrive, XBox One, and more!